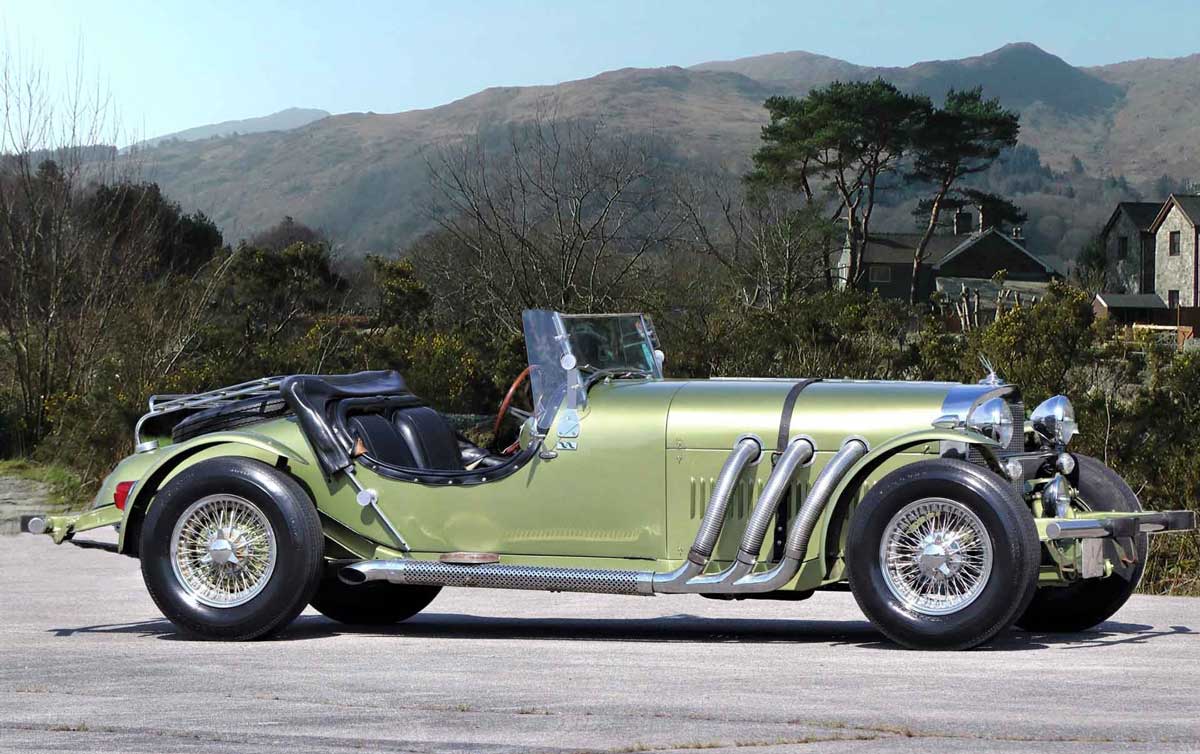 in 1964 the old established vehicle manufacturer Studebaker was in financial trouble. In 1962 they had launched their Avanti luxury coupe; at the time of it's introduction it was the fastest production car in the world with a top speed of over 178 mph. With a supercharged 4.75 litre engine it broke nearly 30 world speed records on the Utah Benneville Salt Flats and the 1962 projection was for 20,000 sales.

Doubts about the financial stability of the company, supplier issues and problems of quality control delayed production and resulted in order cancellations; and in the event only 1200 cars were built that year. By 1963 the decision had been made to cease production and close the factory.

They needed a new product and they needed it quickly. A talented designer named Brooks Stevens was brought in; he was a versatile innovator who had already worked on all kinds of products from home appliances to cars and motorcycles. He conceived the idea of taking a classic car and bringing it up-to-date, whilst incorporating the engine from the Avanti. It was the be called the Excalibur.

This was to be rushed into production; the prototype was to be prepared for the 1964 New York Car Show. The design, said to have been sketched out on the back of a placemat from a restaurant, was based on the beautiful bodywork of the Mercedes-Benz SSK but with a 290 bhp V8 engine to give it awesome performance.

The Studebaker management were delighted; a prototype was built and completed just three days before the New York show; but the company stunned Stevens by announcing that they were, after all, not going ahead with the project.

Stevens decided that since the car was already built it should be shown anyway; and orders were taken in sufficient quantity for him to decide to build the car himself. The Studebaker engine was by then discontinued but he managed to get engines through friends of his at General Motors.

Subsequently more than 3500 Excaliburs were built, before the usual financial issues raised their heads and the company went out of business in 1986, although Excaliburs continued to be made under different ownerships until 1990. By that time Studebaker was just a fond memory.

Stevens continued his design career and was responsible, amongst numerous other projects, for the Hydra-Glide Harley-Davidson, and many of his designs for the company are still in use.