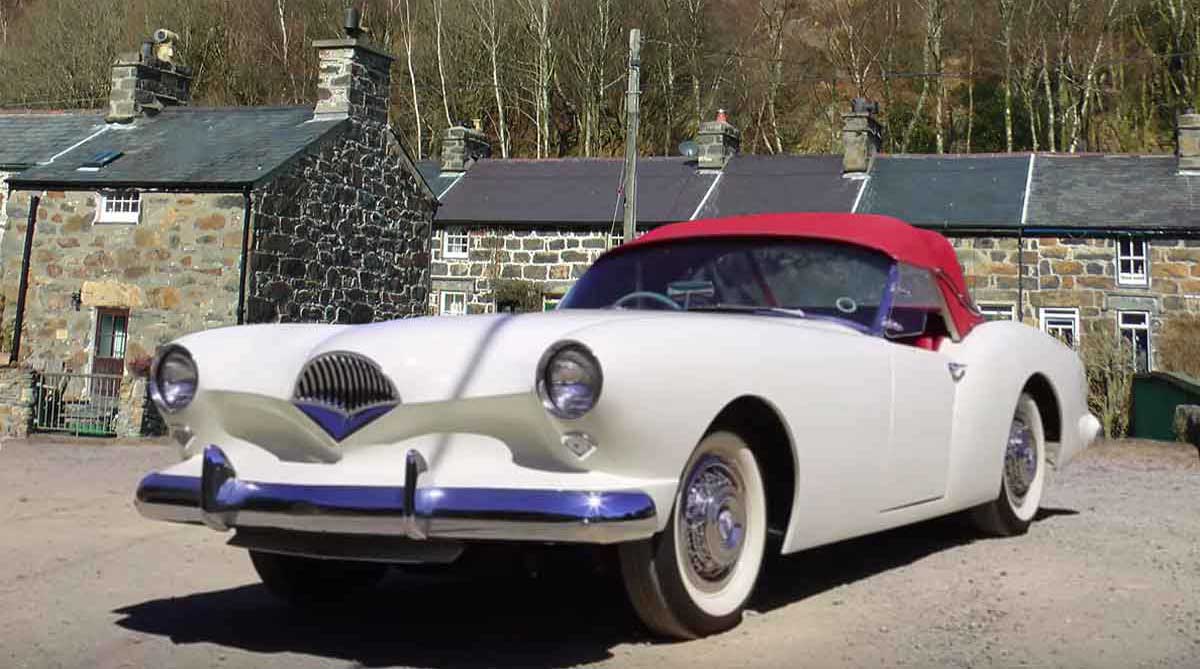 Tke Kaiser Motors Corporation had its roots in a company formed in 1947 and for a while it was the only successful new company building cars in the United States.

Howard Darrin ( commonly known as Dutch) was a car designer who had already had considerable success building custom car bodies for the car manufacturer Pacard; these were in great demand amongst Hollywood stars and wealthy industrialists.

After the years of warfare America was a country determined to enjoy itself. There was a post-war boom and a population with money in their pockets and a fascination with cars so for a while business for both Kaiser Motors and Darren was good. Competition however was growing very strongly, with the big three, Chrysler, Ford and General Motors benefiting from the economies of scale and squeezing out smaller rivals. Kaiser was soon under pressure.

Darrin had acted as a consultant to Kaiser but he joined and left the firm several times over disagreements about the type of car to be manufactured. He wanted them to sell a sports car; the management didn't. He was so determined that he design one himself in his spare time and actually built a prototype which he produced in 1952.

This was a two seater convertible built on a steel chassis and the bodywork was made of fibreglass - for the first time ever in an American production car. The front grille resembled a pair of lips purse for kissing; a very bold design statement for the time! A strange innovation was the two doors which, instead of being hinged, were on sliders; to open them they were slid forward into recesses in the front wings. This could be very useful if the car was parked in a narrow entrance or close to a wall since the doors could be opened easily; but otherwise it was widely viewed as little more than a gimmick.

However; when it was presented to the board the boss, Henry J Kaiser, hated it. He announced that the company was not in the sports car business. His wife however loved it and convinced him that it was the most beautiful car she had ever clapped eyes on. Henry bowed to his wife's opinion; unfortunately as it worked out; and production went ahead with the first cars ready for delivery in 1954.

The Kaiser Darrin didn't sell well. It was a very attractive looking car but whilst the performance wasn't bad the 2.6 litre engine wasn't really all that powerful. It was expensive, competition was intense, and there wasn't much of a market for sports cars in the USA at that time anyway. Worst of all the financial problems that Kaiser were suffering from were well known and potential buyers were put off by the possibility that they could go broke.

Eventually 435 of these cars were built before Kaiser abandoned the car market. Darrin himself bought up the unsold stock and sold them from his own Hollywood showroom, after having pepped up the engines on some of them with superchargers or installing Cadillac V-8 units.

Despite the fact that it was an economic flop which probably gave Kaiser the final coup de grace it is still one of the loveliest and boldest cars that America has ever produced.