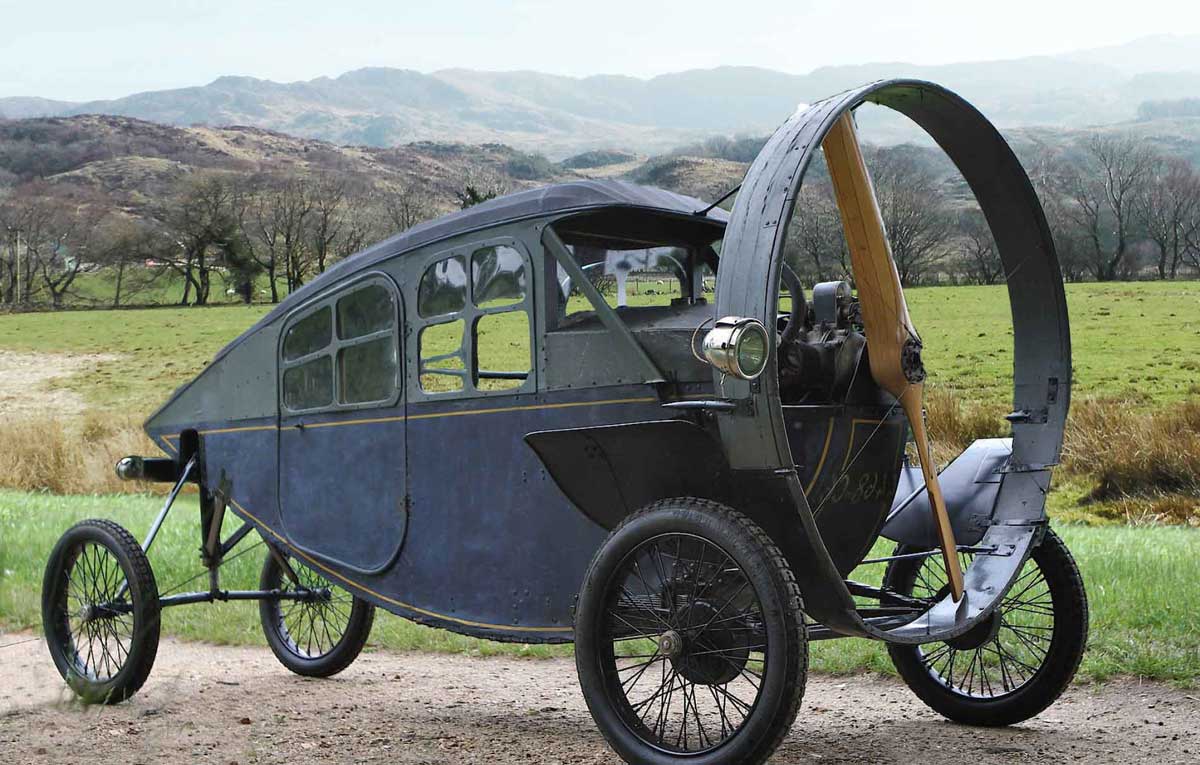 If a propellor was powerful enough to power an aircraft, why couldn't it power a car? This was the thought that went through the mind of Marcel Leyat, a French car manufacturer, in 1919. He put together his first creation which he called a Helica; and what a potentially lethal machine it was.

The body initially was made of lightweight plywood; and it was of fairly simple design since it didn't need a transmission, a clutch or a differential, just a two bladed wooden propeller spinning happily a few inches from the nose of the driver! Often called 'the wingless plane' it could carry a passenger seated behind the driver and being so light it was extremely fast. Steering was rudimentary to say the least and was via wires connected to the rear wheels. A 1200 cc two cylinder engine drove the propeller and under the right conditions the machine could be driveable; under the wrong ones it was difficult to handle. Coupled with the rather vague steering and the potential decapitation of the driver this made it a very exciting vehicle indeed to travel in!

Experimentation continued with numerous design changes. Eventually the bodywork was of monocoque design with the driver and passenger protected somewhat from the weather, and the propeller itself had a protective frame erected around it in the hope of avoiding chopping up nearby pedestrians.

Engine improvements were carried out which were claimed to give a maximum speed of 106 mph when it was tested on a now disused oval circuit at Montlhéry in northern France but it still didn't really catch on as a serious means of regular transport. Between 1919 and 1925 somewhere between 25 and 30 of them were sold. It was claimed that Leyat received orders for 600 of them at the 1921 Paris Auto Show. These never materialised.

To start the car driver had to get out and use a pull cord; once the engine was running it was then necessary to jump in to the cockpit before it went off on it's own. Steering was vague to say the least, stability awful, speed control extremely difficult. There were theories in France at the time that the propeller was the future of all transport from aircraft to buses but theory and fact are rarely the same thing.