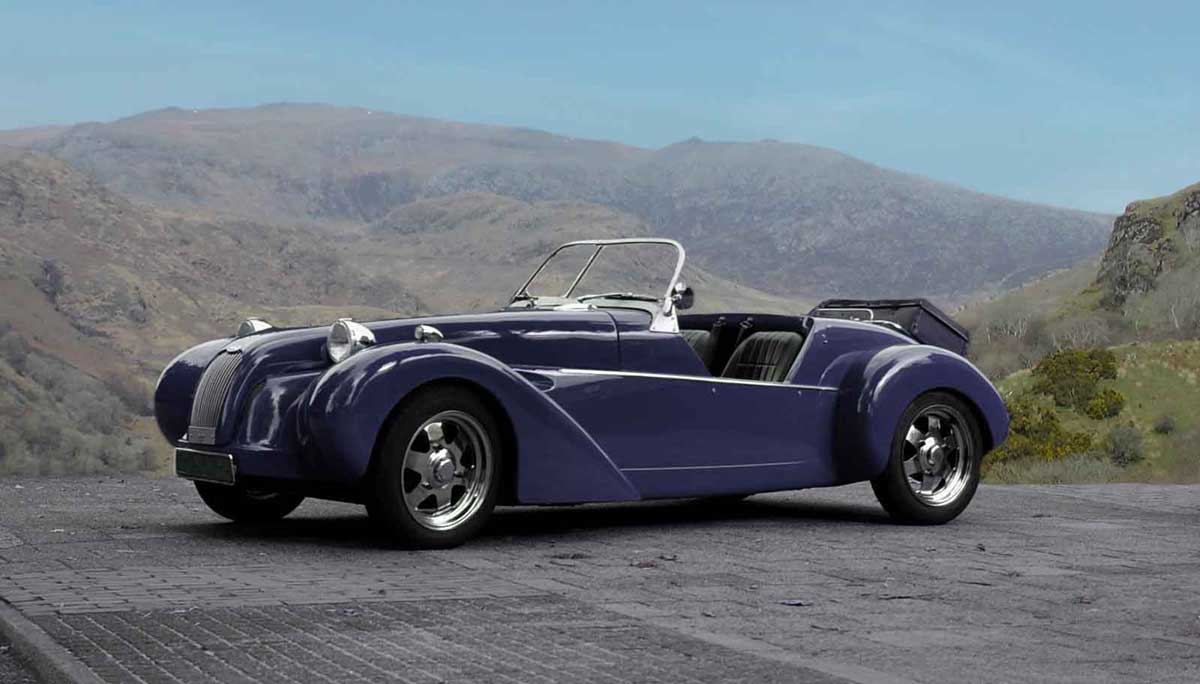 A sports car based on the old Citroen 2CV. This is a joke, right? No, the Burton is a very successful sports car built in the Netherlands. It was designed and built by two very imaginative brothers, Dimitri and Iwan Goebel, who were enthusiastic fans of the 2CV and who ran a business repairing, tuning and customising them.

In 1998 they decided to design a sports car incorporating both the chassis and the engine of that venerable old but virtually indestructible car which sold by the million, but which was by then completely out of date.

Fast forward to early 2002 and the first fibreglass body came out of the mould. The design was based on famous pre-war marques such as Alfa Romeo and Bugatti; to keep to the theme advertising literature featured drivers wearing goggles and leather helmets typical of that golden age of 1930s motor racing.

They sold, and still sell, well. There is no doubt a great advantage in the easy availability, reliability and low price of 2CV parts, both new and second-hand, which helps to keep maintenance and running costs to a minimum.

With a nought to 60 time of 13 seconds and a top speed below 90 mph the Burton is hardly likely to win many races but it is cheap to buy and run, and it is a good looker. More versions including a lighter coupe with a higher performance engine came along as well as an electric car with a claimed range of 87 miles and a top speed of 75 mph. This is claimed to be extremely economical with the battery recharge costed at a mere (again claimed) 4 euros.

Fancy buying one? Burton will provide you with either a full or a kit car, to a standard specification or your own. The only constant is that it will still be based on the rocksolid and reliable 2CV technology. Alternatively you may even be able to buy the whole company, which is said to be the biggest sports car manufacturer in the Netherlands; rumour had it that it was up for sale in 2019 for €5 million but we have no confirmation of that.