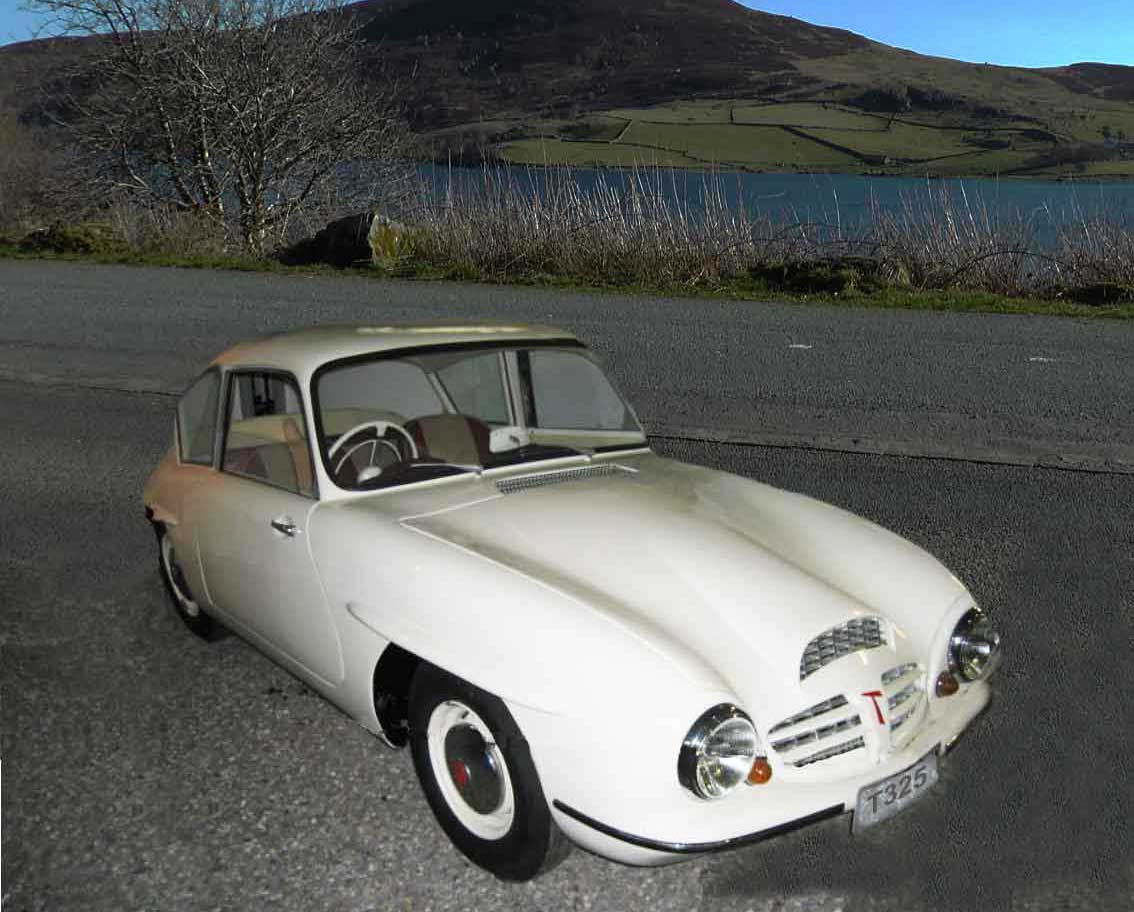 The Troll was the first car ever to be built in Norway. What a shame it was strangled at birth.

In 1956 the management of Troll Plastik & Bilindustri of Telemark in southern Norway fancied building a car. However they didn't actually intend to build all of it. The chassis and the 700 cc twin cylinder two-stroke engine came from a German car manufacturer called Gutbrod (good bread??); carburation came from the German company Bosch; the moulds for the fibreglass body came from Germany and even the designer, Hans Trippel, was a German who had been interned by the French after World War II for alleged war profiteering. He was perhaps best known for designing the Amphicar; a vehicle which was neither car nor boat but a little of each, with the drawbacks of both.

However everything has to start somewhere and at least the assembly of the car was to have been in Norway.

The body, as mentioned above, was to have been in fibreglass; it was perhaps an unfortunate fact that the only other fibreglass bodied car with a two stroke engine at the time that was made in Europe was the much loved Trabant! However this material had one huge advantage over steel; it was far lighter and coupled with the small engine which pushed out a mere 30 brake horsepower a petrol consumption of 47 mpg was claimed. Top speed was supposed to be 80 mph with 0-60 achieved eventually, hopefully.

Why was the plug pulled on it? It was all down to politics.

Back in the mid-50s Norway had a complicated trading agreement with the Soviet Union. They landed a great deal of fish, far more than Norwegians themselves wanted to eat, and so they needed a market for it. The Soviets agreed to buy large quantities but, in return, demanded that the Norwegians bought cars from them. These were not terribly good cars but at least they had four wheels and an engine.

The Norwegian government, conscious of the fact that upsetting the Russians could cause them severe economic pain, stepped in and refused to allow the company to mass-produce The Troll and so Troll Plastik & Bilindustri closed down in 1958.

Could this car have been a worldbeater? Or was it destined to be another eventual laughing stock like the Trabbie? The problem is that we will never know. There is no record of any single Troll being road tested. There is not even any certainty over how many were produced; apparently 15 were sold but only 5 were built before the company went bust.